“The best time to plant a tree was 20 years ago. The second best time is now.” – Chinese Proverb 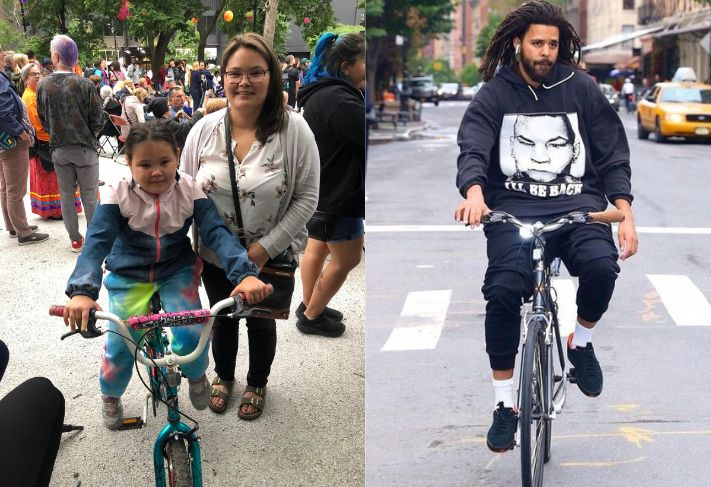 Roughly 20g per kilometer of CO2 is produced per kilometer of cycling. 1000 kilometers will produce 20kg’s of CO2 versus roughly 2060 kg’s of CO2 produced by an average car. Normally our carbon emissions are recycled by the biomatter plants and trees to create oxygen, however the growing consumer demands fuel deforestation and therein lies a problem bikes can fix. Planting a few trees and creating public greenspaces are great for public health but have little impact on climate change. Our communities need more bike paths and bike racks to make it easier and safer. Look around, it’s summer and how many bike racks do you see ? How much infrastructure is dedicated to e-bikes? The focus is clearly on electric cars, which are a new face to the old problem of cars.

The summer brings many festivals. We have been trying to make festivals bike friendly but to little or no avail. There are so many advantages to having cyclists ride to events , and an opportunity to show some solidarity with mother earth. 1000 cyclists saves 2040kg’s of CO2 per kilometer traveled. Let’s say on average 10 kilometer each way, that is 40800kg’s saved or the equivalent to planting 1020 trees.

The opportunity for change is right in front of us. F1 Montreal was attended by 338 000 fans creating a lot of economic activity but at what environmental cost? They claim to be moving towards net zero but when contacted by Santevelo did nothing.

The festival De jazz attracts 2 million people, the fireworks 500 thousands in Montreal, our festivals and active event calendars primarily in the summer are great opportunities to create good habits. This will require some leadership and thoughtfulness into enabling bike access instead of cars.

J Cole is a Grammy winning artist in the Hip Hop genre. His talent has afforded him many luxuries but upon reflection he decided to give up his car. Positive role models are needed for every community. Santevelo invites you to be a leader and ride your bike whenever possible.

With us
No cost to the employee or their household No trip to the shop, bring them to work No waiting, services provided on site
Contact: info@santevelo.com, 438-877-3118