Two Wheels are better than four 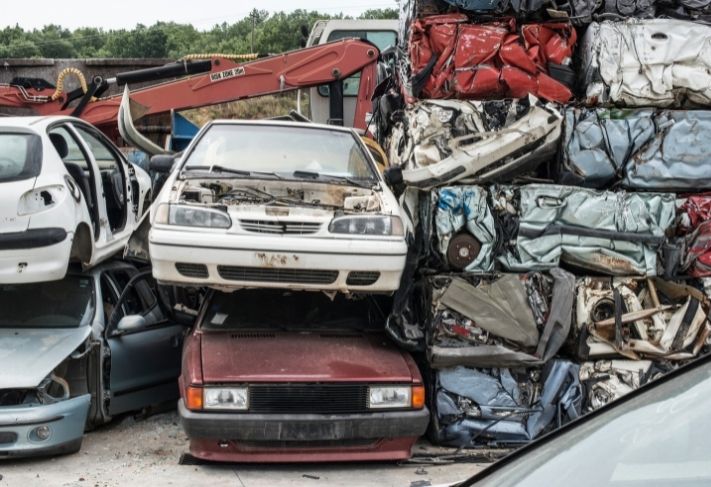 Health and wellness are directly tied to the environment. Car tires are said to account for 10% of the microplastics found in the oceans. These plastics end up in the food chain. Choosing to ride a bike over any motorized vehicle replaces the demand for the mini environmental disaster the car tire has become.

Amanda Coker has done 86000 miles, the equivalent of circling the earth more than 3 times, in a year. Bicycles can go everywhere a car can and many places that a car cannot. Sedentary lifestyles increase all causes of mortality, Double the risk of cardiovascular diseases, diabetes, and obesity, and increase the risk of colon cancer, high blood pressure, osteoporosis, lipid disorders, depression and anxiety. Biking is not just a means of cheap transportation, it is a healthy lifestyle. This lifestyle change also reduces all forms of pollution, keeping the air fresher and the waters cleaner. The economic benefits to riders continue to rise due to the global demand for energy and the fragility of the energy market. The bicycle is the best alternative for sustainable transportation and conservationism.

How to Eat an elephant? One tire at a time.

The detrimental impacts of the automotive industry to the environment are so broad and diverse a topic that it is beyond expression. Instead we examine just one small component less than 1% of the car’s total weight, the tires. They weigh 50kg for a set of four without trucks, SUVs and Motorcycle tires are significantly heavier . Tires need rotation and last 6-10 years maximum depending on usage and alignment. Tires represent only 3% of the vehicle weight but their cost to the environment is catastrophic. Reducing tire waste is a top priority for everyone. Modern cars have been using more and more plastics and electronics, many of which are toxic waste and require special disposal. The sustainability of cars will be dependent on how well we balance biking to offset our transportation needs.

Car tires, what are they and where do they come from?

By 2027 it is predicted the tire market will be 2.9 billion units annually. Today tires consist of about 19 percent natural rubber and 24 percent synthetic rubber, which is a plastic polymer. The rest is made up of metal and other compounds. Producing tires still has monumental environmental impacts, ranging from continued deforestation to the climate-harming fossil fuels used to make synthetic rubbers to the assembly process. Modern car tires require about 7 gallons of oil to make, while truck tires take 22 gallons. A 2013 report by Tire Steward Manitoba, in Canada, found that passenger light truck tires lost nearly 2.5 pounds of rubber during their service life (average of 6.33 years). The Kohl study found that Americans produce the most tire wear per capita and estimates that, overall, tires in the U.S. alone produce about 1.8 million tons of microplastics each year.

The demand for rubber is responsible for deforestation, human rights violations and violence. 75% of the demand for rubber goes into tires for cars, trucks and planes. The demand in the 21st century is growing fast and has contributed to the loss of biodiversity, soil erosion, hazardous waste, bad smells and pollution due to the processing of rubber. We find rubber in the Amazon region, Parts of Africa and Asia developing nations whereas it is primarily used in highly developed nations.

A recent Impact study noted that tires have 1000 times more of a negative impact on air pollution than car exhaust. It was an eye opening moment for many. Tires have 3 stages, production, use, and disposal/recycling, we are leaving out the raw materials and energy as they are part of the plastics industry as a whole. Each stage has its own unique negative impact on the environment when combined are responsible for 28% of all microplastic waste in our oceans.

According to researchers during the production of tires we find the biggest impacts are : land use, generation of carcinogens, ecotoxicity, the Ozone layer degradation and mineral use. Secondary effects being :Mineral use, respiratory organics, respiratory inorganics, climate change, fossil fuel use and the acidification/ eutrophication of our planet. These effects are due to the creation of dust particles, sulfur dioxide and nitric oxide. The results show that over 80% of potentially negative impacts occur at the stage of a car tire’s production, including: Carcinogens compounds, radioactive compounds, compounds that increase ozone depletion, ecotoxic compounds, land use, mineral extraction.

A new set of tires will last about 50000 to 60000 miles. During this time tiny pieces of rubber are being worn and randomly distributed without prejudice everywhere cars go and surprisingly where they don’t . The biggest impacts on the environment change to:

Fossil fuel consumption, respiratory organics, respiratory inorganics, climate change and the acidification/eutrophication of the environment. During the usage stage dust and ammonia become the primary sources of pollution. The fossil fuel impact is also notably high. Even when electric vehicles change the landscape we have not completely offset the energy issues and environmental impacts.

Disposal and recycling represent the second largest opportunity to reduce the environmental footprint of tires. To_date recycling programs have proven useful in combating the downsides of tires. Large landfills or open tire pits are ecological disasters as are each tire simply discarded into nature. Insects use discarded tires as breeding grounds as their pools of stagnant water are an ideal habitat for mosquitoes. Tires will leach compounds to ground water while baking in the sun releases more carcinogens into the air. The potential for large fires and other disasters means recycling is a necessity not an option. Recycling has added value by recuperating some of the energy used in production to generate energy through burning. Recycling also lowers nitrous oxide levels.

Ride a bicycle or walk whenever possible. The automobile enabled the transportation of goods and people access great distances in all kinds of weather. It was once the ambition of everyone to own one or two. The dream is not without consequence, our ambitions are creating irreversible effects on the environment and global health. Recycling, electric cars and investment in public transportation have similar effects on the environment but also generate their share of negative consequences. Choosing cycling whenever feasible lowers the strain on the environment, increases fitness and offsets the times we might want to enjoy a carbon based activity. The tire is but one small part of the whole elephant, yet its impacts profoundly influence our relationship with nature. Go take a visit and bring your bike.

With us
No cost to the employee or their household No trip to the shop, bring them to work No waiting, services provided on site
Contact: info@santevelo.com, 438-877-3118